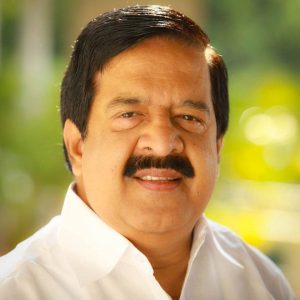 Ramesh Chennithala (born on-25 May 1956) at place Chennithala, as the son of V.Ramakrishnan and Devakiamma. He is a famous politician affiliated to Indian National Congress. Ramesh Chennithala is the leader of the opposition in the Kerala Legislative Assembly and He has served as a member of Parliament and former State home ministers of Kerala. He holds a record of being the youngest minister of state Kerala at age 29.

Ramesh Chennithala subsequently held a series of positions of  Indian National Congress. In 2011, For the third time, he elected as MLA from Haripad constituency. In 2014, he was sworn in as state Home minister of Kerala, his “Operation Kubera” was a very successful project in-state which focus on control of illegal money lender. Ramesh Chennithala married Anitha Ramesh and They had two Children Rohit and Remith.