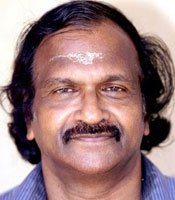 Sreekumar Thampi was introduced to the Malayalam film industry in 1966 as a lyricist in the film Kaattumallika. He has produced 25 films, directed 29, and written scripts for 85 films in Malayalam besides writing thousands of songs. He is also the author of the well-known literary work Prem Nazir Enna Prema Gaanam. He won the National Award for Best Book on Cinema film (Kanakkum Kavitayum) whilst his films Gaanam and Mohiniyattam won Kerala State Awards.

Thampi is widely known as “Hrudaya Ragangaluday Kavi” (Poet of Love Songs), as the majority of his songs invoke romantic moods. He is known for his obstinate and uncompromising attitude to his work and strives to make his songs blend with the scene